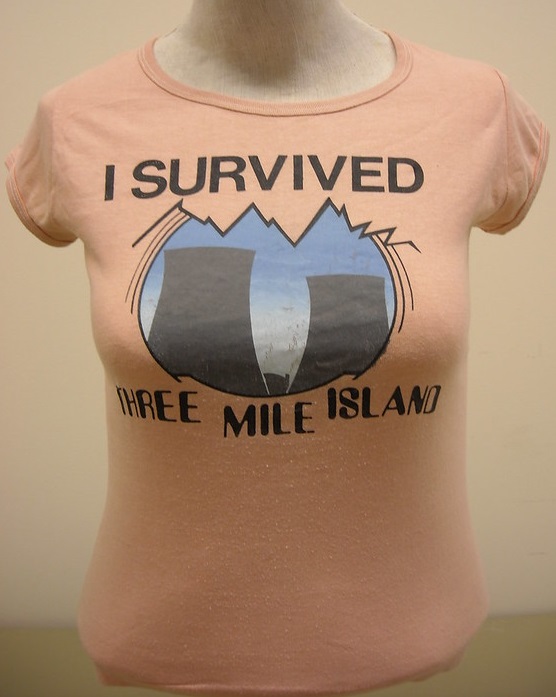 The Three Mile Island (TMI) Collection is an eclectic mix of rare artifacts, books, paper ephemera, newspapers, publications, t-shirts, and technical reports related to the 1979 Three Mile Island nuclear accident.  Included in the collection are separate series of records, such as the TMI Alert Collection, and the Alan E. Mays and Fay A. Youngmark Three Mile Island Collection, which highlights the community responses from residents of Middletown, Harrisburg, and the surrounding communities in southcentral Pennsylvania in the aftermath of the accident.  Ephemeral materials that are often satirical and tongue-in-cheek reactions to the nuclear accident are juxtaposed with U.S. government responses to the meltdown as indicated in reports and publications from various government agencies and the nuclear energy industry.

TMI is still the most serious accident in the history of commercial nuclear power plant operations in the United States. In the early morning hours of March 28, 1979, at the TMI Nuclear Power Plant in Middletown, Pennsylvania, one of the two reactors on-site experienced a mechanical failure that prevented pumps from sending water to steam generators that remove heat from the reactor core. Water levels in the pressure vessel dropped and the core overheated. These mechanical failures, combined with worker errors and design-related problems, led to a partial nuclear meltdown and the release of radioactivity into the environment. The TMI-2 reactor where the meltdown occurred is permanently shut down, but the aftermath of the TMI accident has had a lasting impact on nuclear power plant operations and oversight. Industry leaders, government officials, and anti-nuclear activists alike brought about sweeping changes involving emergency response planning, radiation protection, and regulatory oversight of nuclear power plant operations as a result of the TMI accident.