patent information for researcher and entrepreneurs, including free and PSU-only sources

What can I patent?

In the language of the statute, any person who “invents or discovers any new and useful process, machine, manufacture, or composition of matter, or any new and useful improvement thereof, may obtain a patent,” subject to the conditions and requirements of the law. The word “process” is defined by law as a process, act, or method, and primarily includes industrial or technical processes. The term “machine” used in the statute needs no explanation. The term “manufacture” refers to articles that are made, and includes all manufactured articles. The term “composition of matter” relates to chemical compositions and may include mixtures of ingredients as well as new chemical compounds. These classes of subject matter taken together include practically everything that is made by man and the processes for making the products.

What can't I patent?

What is a patent?

A patent for an invention is the grant of a property right to the inventor, issued by the United States Patent and Trademark Office. Generally, the term of a new patent is 20 years from the date on which the application for the patent was filed in the United States or, in special cases, from the date an earlier related application was filed, subject to the payment of maintenance fees. U.S. patent grants are effective only within the United States, U.S. territories, and U.S. possessions. Under certain circumstances, patent term extensions or adjustments may be available.

There are three types of patents:

Parts of a patent

The vocabulary of patents and trademarks is unique. 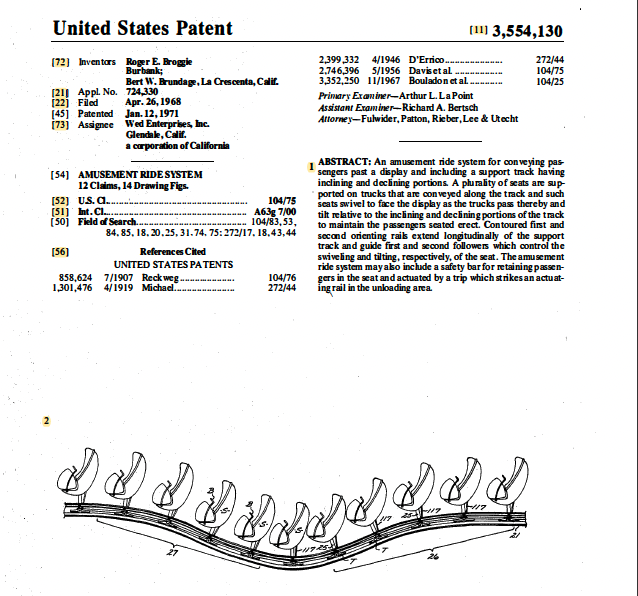 The following terminology will help you understand the parts of a patent and elements of a preliminary patent search.

1. Abstract - A concise statement of the technical disclosure including that which is considered new or unique in the invention.

2. Drawing (patent) - Patent drawings must show every feature of the invention as specified in the claims.

11. Patent number - Unique number assigned to a patent application when it issues as a patent. See patent numbering formats for an explanation of the codes that appear in a patent number

22. Filing date - The date of receipt in the Office of an application which includes (1) a specification containing a description and, if the application is a nonprovisional application, at least one claim, and (2) any required drawings.

Classifications - Patents are classified (organized) using a system to describe similar groupings of patent art. A single invention may be described by multiple classification codes.

56. Prior Art - aka "References Cited" on patent. In most systems of patent law, consists of all information that has been made available to the public in any form before a given date that might be relevant to a patent's claims of originality.

72. Inventor(s) - One who contributes to the conception of an invention. Even if something is invented as a work-for-hire by an employee of a company or university (i.e., the assignee), the inventor will ALWAYS be the name of the individual(s) who invented it.

73. Assignee - The entity that is the recipient of a transfer of a patent application, patent, trademark application or trademark registration from its owner of record (assignor).

Not shown in the image above:

Specification - A written description of the invention and the manner and process of making and using the same.

Claims - Define the aspects of the invention that are legally enforceable. The specification must conclude with a claim particularly pointing out and distinctly claiming the subject matter which the applicant regards as his invention or discovery.