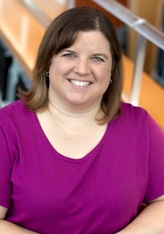 Child abuse is the blanket term for four types of child mistreatment:

In many cases children are the victims of more than one type of abuse. The abusers can be parents or other family members, caretakers such as teachers and babysitters, acquaintances (including other children), and (in rare instances) strangers. — Howard Baker

Child abuse occurs when a parent or caretaker physically, emotionally, or sexually mistreats or neglects a child resulting in the physical, emotional, or sexual harm or exploitation, or imminent risk of harm or exploitation, or in extreme cases the death, of a child. Laws regarding child abuse seek to protect children while at the same time allowing parents the right to raise and discipline their children as they see fit.

If child abuse is not the most serious crime facing our society today, it is certainly one of the most heart-wrenching. There are many attempts under way to remedy the underlying causes of child abuse, but, until it is eliminated states have unanimously responded with laws specifically designed to identify and punish child abusers.
Child abuse is an insidious type of crime where the victims are, for many reasons, unable to, or are fearful of, confronting or reporting the perpetrator to authorities. Therefore, the laws surrounding abusive activity contain an element not found in many other criminal statutes. Under the laws of many states, third parties — with knowledge of and reasonable cause to believe that abuse has occurred — are under a legal obligation to report the situation to the authorities.